Why should use render farm for blender?

Blender is a free and open-source 3D computer graphics software that is used to develop 2D and 3D animated movies, games computer graphics, digital art, visual effects, and much more. Since it is open-source and supports the entirety of the 3D pipeline including modeling, rigging, animation, simulation, rendering, compositing and motion tracking, even video editing and game creation, it can be modified to suit the requirements of the user. You can run Blender on multiple operating systems such as Windows, Linux, and Mac OS.

Rendering is an essential part in the process of turning a 3D scene into a 2D image. The steps are as follows: you will need to complete models, then you want to see the resulting model for this module, you will probably want to try rendering it. Your first render, with a single light source and only nine faces, should finish very soon. However, as your 3D scenes become more complex or you need to render many frames, you will find that rendering can take a long time. At that time, a remote render farm is your solution.

From the end-user perspective, a render farm is a service that provide high computing power from a group of dedicated computers to users, with the purpose of helping them deliver their projects faster. You can benefit from a render farm through speed, convenient and minimizing risk, and so on. Using render farm service is quite cheap because the electricity bill for rendering in your own workstation is sometimes bigger than the fee for the rendering service. 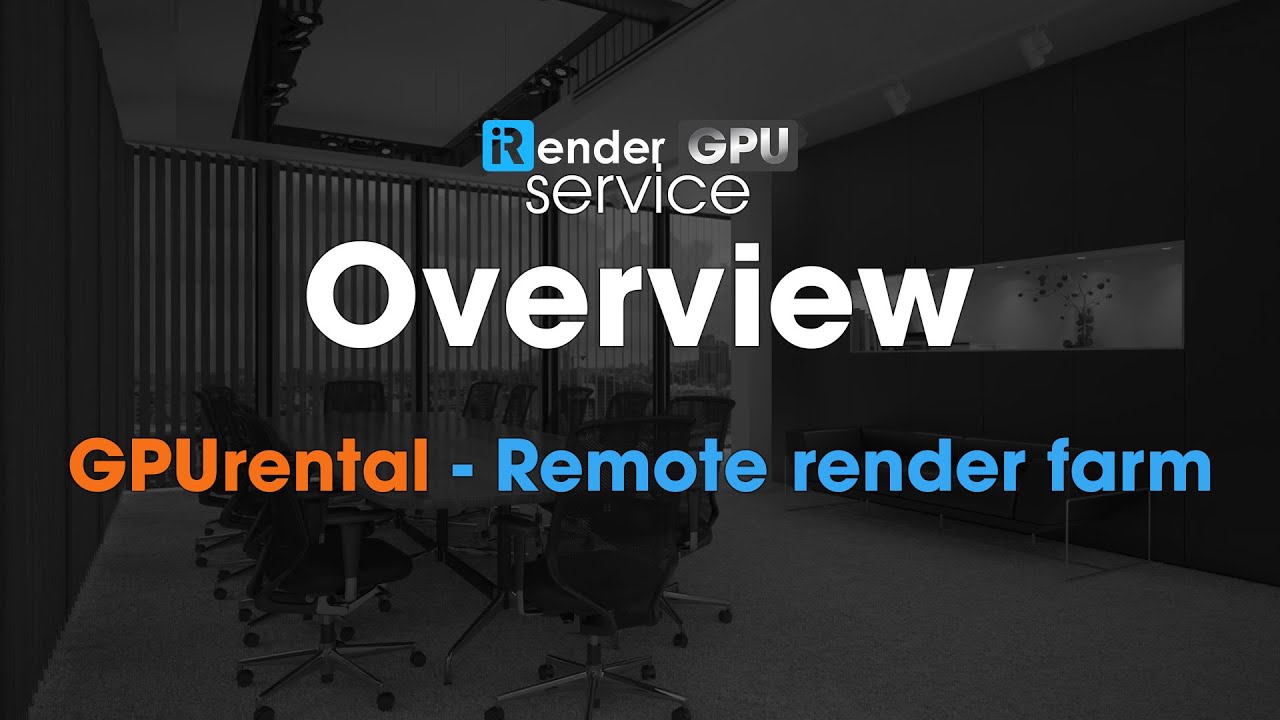 Your project will finish faster when rendered on several servers in parallel on the render farms. The speed boost can go from two times to hundreds of times faster, depending on your choice. The most spectacular results are, of course, when rendering animations: imagine rendering on 200 servers, each server is 2 times faster than your PC. It will be a whopping 400 times faster than normal or 1 hour instead of 20 days of rendering. Besides, by having a project rendered on a farm, you free up the hardware of your computer. This means that you will not have to listen to its noise and feel so hot while running your machine 24/7 in your room or office. And it also means that you can use that computer to do other work like having a cup of coffee or playing a great game that you have never had time to finish.

Additionally, your computers will overheat while running in a long time, then it shuts down suddenly, or even break. The job gets canceled accidentally due to a power failure. And it is even worse if this happens on the night before the projects’ deadline. This risk will be reduced on a render farm. The support is available 24/7, so even when a server breaks or the power goes out, the rendering is moved to another machine because the technical experts will take care of your job on behalf of you. This means your renders will always be ready when you need them.

There are lots of rendering services nowadays supplying all over the world. In the competition to get a bigger market share and to have more users, customers will profit from the advantages and pricing as well. iRender is a pioneer company operating internationally under the model of PaaS (Platform-as-a-Service). By using GPU Rental service, the client rents the GPUs and CPUs on the cloud for 3D rendering, big data, Blockchain, remote render farm, Virtual Reality, Augmented Reality, Simulation, or any kind of heavy and intensive tasks for the computer systems.

iRender offers the powerful and dedicated GPU and CPU that can handle all the heavy-duty tasks like a breeze. The heaviest workload can be completed on GTX 1080Ti and 2080Ti with heavy-duty processors, multiple cores. The workflow is so simple: after registration to the service, the user will access our servers through Remote Desktop Application and take full control of the servers. It takes 5 clicks to boost a new system and 20 minutes to load it up the first time. After that, customers will install any application they need and use the image as if it was their own computer. Each image is an independent system that you can reuse (when you finish your work it’s saved, and then loaded when you turn on the server next time.).You are able to create and access all your system images when you see fit, and you can always rent more than one server as long as there are any available. The payment methods and plans are very flexible, making sure that the users are given the most reliable and trustworthy service. Now you do not have to buy expensive computers, just make use of GPU Rental service by iRender and keep creating.

Register here and start working on the powerful computers to save your time.